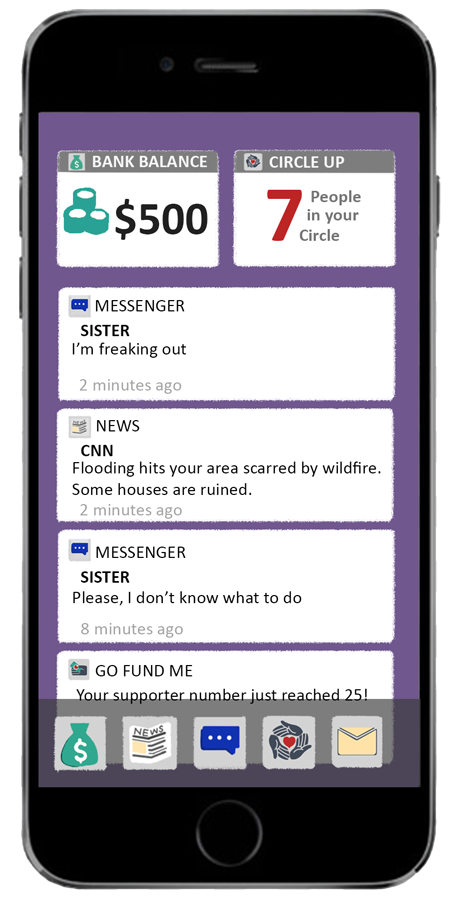 Pay your rent or your doctor’s bill? Live in your car or pawn it?

Test your decision-making skills when the stakes are high and your assets are dwindling.

Can you beat the spiral and reach stability before time runs out? 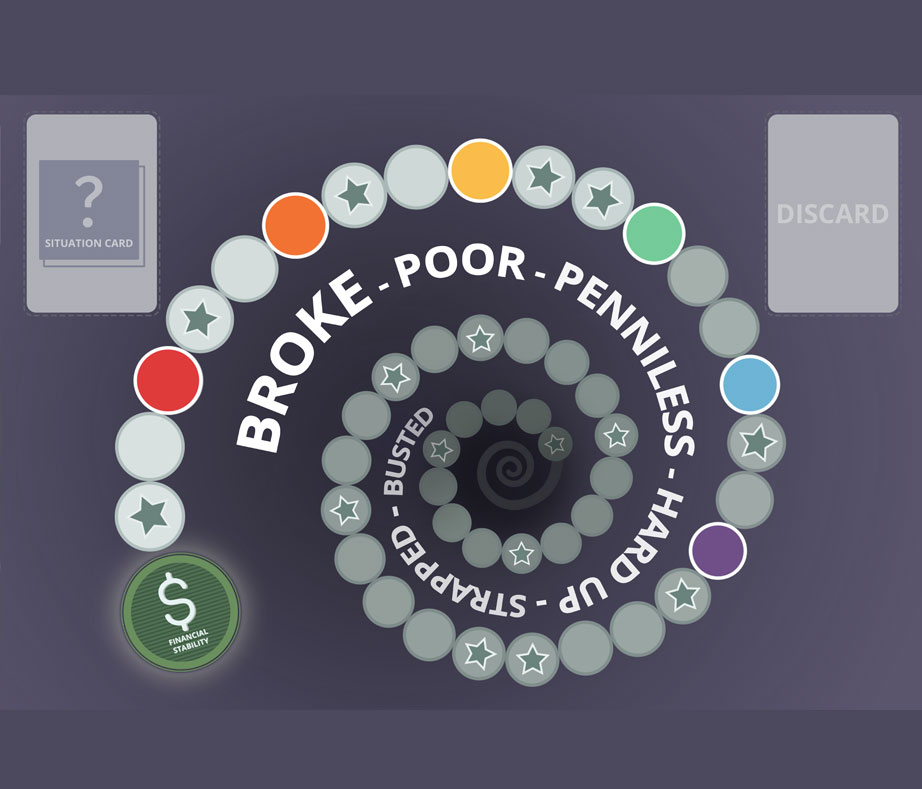 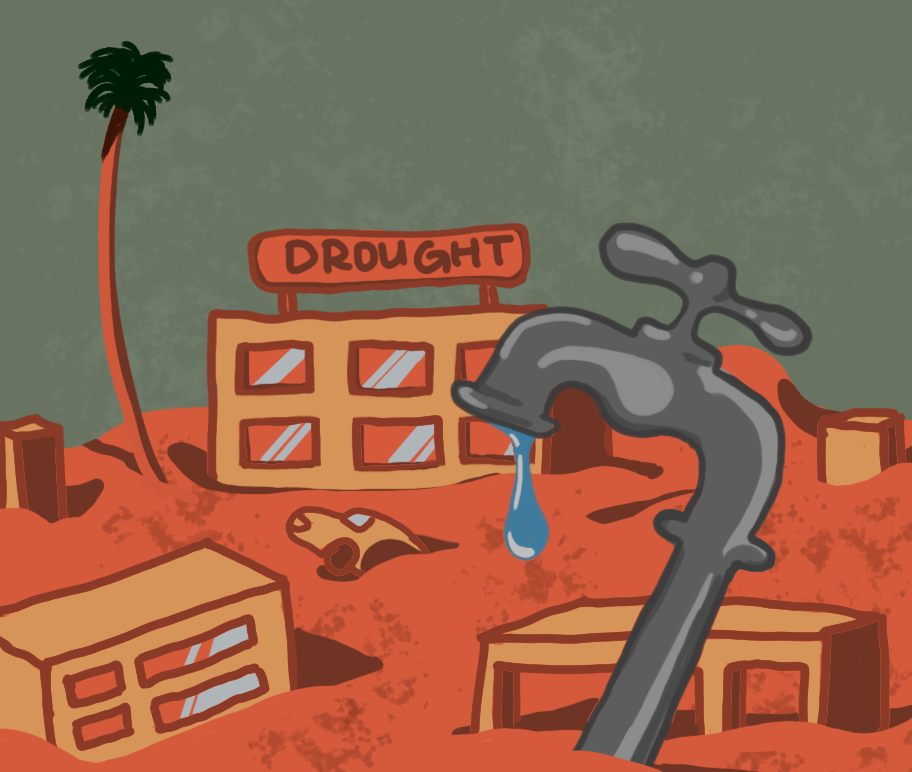 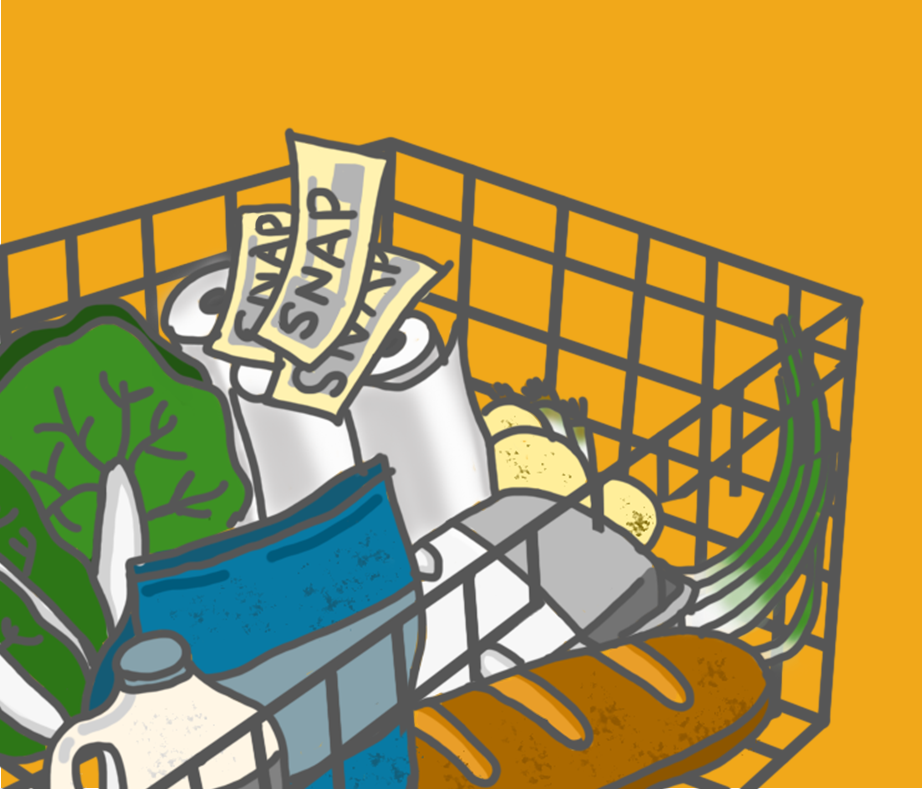 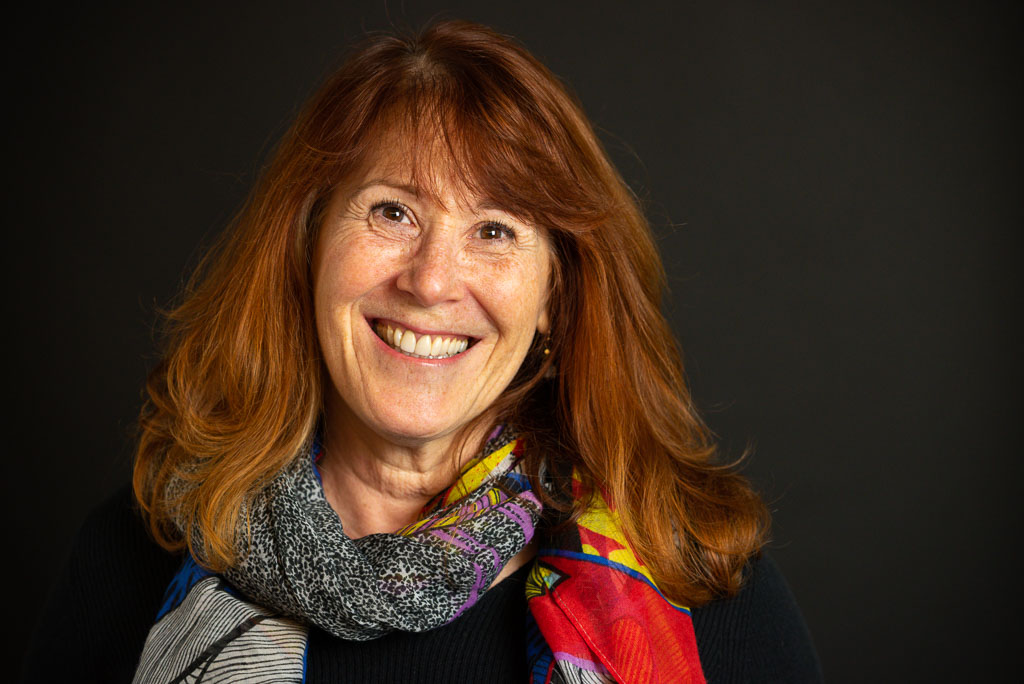 Creator of Broke the game 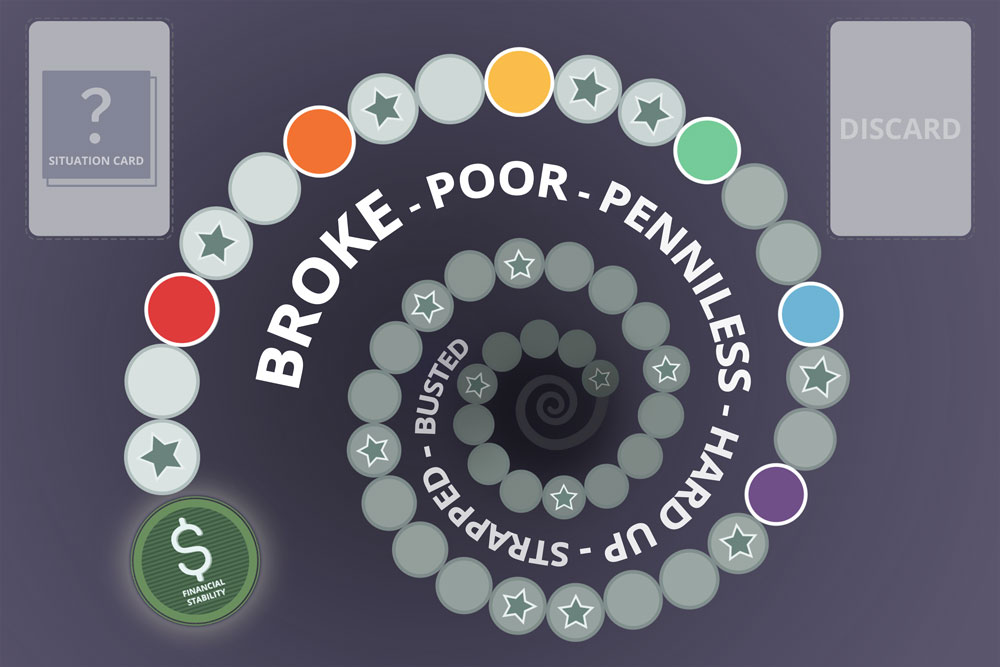 Dana Gold, creator of BROKE, developed the game over the last 30 years. Dana first had the idea for this game when she was running a shelter and halfway house for men, women and children challenged by under-employment, structural inequality, homelessness and addiction.

Dana was often asked to talk about her work at forums, classes and gatherings, but she found the responses her stories evoked to be frustrating. While audiences were moved and felt bad about the situations Dana discussed, there was still something missing. People didn’t relate. They didn’t understand how incredibly difficult it was to break out of the vicious cycle of systemic poverty. How incredibly frustrating and discouraging.

So, one day Dana borrowed the movers and dice from her children’s Chutes and Ladders game, traced circles on a large sheet of paper, and carefully transposed the real life stories of the 100’s of people she worked with onto playing cards. Through this board game, Dana hoped players would have the opportunity to experience the anxiety-producing, frustrating process of making really difficult decisions with few resources and competing priorities. Turns out, the game was much better at teaching empathy than any story Dana could ever tell.

Today, through a partnership with Carnegie Mellon University’s Entertainment Technology Center and The Bigglesworth Foundation, this board game has become a free downloadable app. With the support of champions like Drew Davidson, Jessica Hammer and Jesse Schell, and the work of  students Carrie Yang, Dasol Park, Mollie Braley, Nisha Kunhikrishnan, Matthew Bofenkamp, Yu-Kai Chiu and Yifei Zhao, BROKE the game is now available to bring you poverty’s challenges and frustrations right to your phone.

We encourage you to download the app and try your hand at beating BROKE the game. BROKE, the board game, which has been played by teachers, social workers, volunteers, graduate students, police trainees and many, many others is also available for sale on this website.

Meet The Team from

Pay your rent or your doctor’s bill? Live in your car or pawn it? Your choices take you deep in or get you out of the poverty spiral.

Play the game as an app or around a table as a board game.